It's time to reform the guardianship system 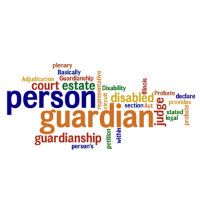 It is time to bring significant reforms to the guardianship system in Nebraska.

The court can convey power to the guardian to not only handle decisions regarding money and property but also the most personal of decisions. A guardian can be given the power to decide where an individual lives, with whom they can associate, if they will receive medical treatment; basically, how they will live and enjoy their life.

Guardianship involves significant stakes for individuals. It directly involves the most significant aspects of an individual’s life and that person’s civil rights. Guardianship can be a “double-edged sword”. On the one-hand it protects vulnerable adults who are unable to make decisions for themselves. On the other-hand at the same time it removes basic fundamental rights of the individual.

Nebraska has an extensive body of law relating to guardianship. But if those laws or the intent of the law is not given due consideration, the balance between protecting the vulnerable individual and preserving their fundamental rights as a person and citizen is lost.

Recently, Disability Rights Nebraska discovered that the law to protect a vulnerable person from being placed in a situation where the balance between their interests and the interests of a paid service provider was ignored.

Nebraska law clearly prohibits the owner of a facility where a resident lives or receives services from acting as guardian of that resident. In our work monitoring programs and facilities serving people with disabilities we uncovered a problem in Webster County Nebraska.

On July 19, 2013, Michaelle Strickland, a part-owner of Spring Creek Home, L.L.C., an assisted-living facility for individuals with mental illness located in Inavale, Nebraska, was appointed guardian of six people residing at the facility. The guardianship appointment for all six residents was made by the Webster County Court.

“Eliminating any potential exploitation of vulnerable people is the cornerstone of Nebraska’s guardian law,” said Timothy Shaw, Chief Executive Officer of Disability Rights Nebraska in Lincoln. “There is an inherent conflict of interest when the guardian, who has the authority to decide where the person lives, owns the facility.”

In response to these concerns, and because there was a clear violation of the law, Disability Rights Nebraska filed documents with the Webster County Court on December 16, 2013 challenging Strickland’s appointment as guardian.

A hearing is scheduled on March 21, 2014 for four of the individuals (one unfortunately died in early January after Strickland’s guardianship was suspended). It is likely that the Court will terminate the four remaining guardianships.