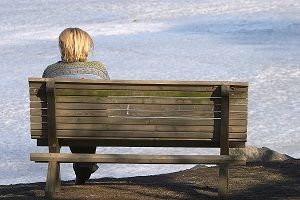 The virtue of courage is revealed in many ways and is often misunderstood.

Sometimes courage is manifested in the midst of great weakness and greater fear. There are quiet deeds of courage that cannot be measured by force or power.

People who enter into citizen advocacy relationships have the courage to be willing to wait, to trust to be present to another, to step out of familiar territory and enter into another reality, to allow themselves to become vulnerable. People with handicaps whose lives are filled with unfilled hopes, broken dreams, and anguished denials have much to teach us about this virtue of courage.

And when life is going along just fine the way it is, having a loving family, rewarding work, a niece home and good friends, it takes quiet courage to agree to enlarge the boundaries of the heart. To be willing to look deeply and respond with compassion to someone you wouldn’t ordinarily meet.

The Story of Mary and Katrina

When Mary’s health declined significantly she had to move to a nursing home 30 minutes away from her community. Since that time, Katrina has worked tirelessly arranging supports so that Mary could return to her own home. A wheelchair ramp has been installed making Mary’s home accessible. Katrina has invested countless hours of time and energy working to make sure that Mary’s return home is successful and happy.

The Story of Brandy, Arlene and Ken

At the ripe old age of 16, Brandy had experienced a lifetime of being shuffled from one group home to another and from foster home to another. As a ward of the state, she was alone, powerless and at the mercy of the system and of people who passed in and out of her life. As a grown woman in her early 20’s, Arlene and Ken have worked hard to protect Brandy’s rights and interests as if she were their own daughter. Since becoming Brandy’s guardians as well as her Citizen Advocates, Ken and Arlene have fought hard to make Brandy safe, a part of their family and a part of the community.