Gun Violence, Unconscious Bias and Living in the Community - Part I 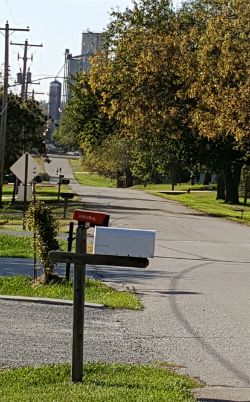 As a therapist, I rarely weigh in on political opinions. In the wake of the biggest mass shooting for decades in the United States, and upon being asked to write this blog during the Mental Health month of October, I find my worlds colliding and am moved to speak. Tragedies like this seem to raise issues nationally of mental health and this agenda is deeply misleading.

First, a little history. In the 1960’s President Kennedy led the charge for “Deinstitutionalization” It dismantled long-term mental health facilities in favor of serving folks who struggle with mental health conditions in the community. Unfortunately, this movement primarily failed, in part because funding didn’t follow and also “the community” wasn’t ready to provide the quality of services that would be required to help the men and women to not only survive, but learn to thrive. Another roadblock in this attempt at humanizing and destigmatizing mental health services is the prevalent bias and downright bigotry that has long been a part of our culture and has continued since.

This bigotry goes something like: “_______ (you fill in the blank) chooses to be mentally ill”; “being mentally ill is a moral failure/character flaw”; “if you are depressed, you should just ‘snap out of it’; “pop a pill and it all goes away”; “the mentally ill are dangerous, will hurt people and should be avoided or put away to keep 'good' people safe”; “you look fine, you can walk and talk, you're just lazy and pretending to have a disability so you can collect a check”; husbands (in front of their wives) have been told, “you should put her away and forget she ever existed.” Furthermore, mental health professionals are often unconsciously as bigoted as the general public, which ends up being even more corrosive, pernicious and insidious because “we are professionals” and profess otherwise.

These messages are no different than the messages of antisemitism and racism that have stained our country and are internalized because they get reinforced in so many human contacts, every day. People with a “diagnosis” learn not to recoil, because if they do, the discrimination is reinforced, but the wounds remain to corrode the very fabric of what makes us all human.

We all are witness to the whisperings and outright hostility towards those with mental health conditions. So, now in 2017, with The Olmstead Decision, the federal government has come full circle and opened an institutional dialogue, recognizing once again that there are millions of human beings suffering from the failures of deinstitutionalization, many of whom ended up in our overcrowded jails, homeless or dead. Nebraska is one of the states in contempt of this law, having failed so far to comply with the federal mandate to complete and follow-through with a plan for community inclusion. This is reminiscent of the “it takes a village” concept and requires multi-layered community-based services for people who struggle with their mental health, including residential and work inclusion. (Frankly, this is the best way to also break down the long-standing biases we all deal with every day, for when we all live and work within an inclusive community, we are no longer strangers.) But I digress.

Every time a person commits gun violence is a tragedy. I am grieving with everyone who has been devastated by such acts. I’m not advocating for nor trying to disparage/detract/prevent any ideas related to gun protection and rights. But to attach any gun legislation to the “mentally ill”, as many of our politicians have done and continue to do, subverts reality and diverts our attention to perpetrating another violence: that of bias, misunderstanding and bigotry. The facts: the huge majority of people with mental health conditions are non-violent (according to a 2015 article in the Annals of Epidemiology, “ . . . fewer than 5% of the 120,000 gun-related killings . . . were perpetrated by people with mental illness.”) Further, those with mental conditions are far more likely to be victims than perpetrators of community violence. And this is at the center of The Olmstead Decision, to turn the tide of opportunity for people with disabilities to live and work in valued roles community-wide and to begin to heal the layered wounds perpetrated by decades of personal and institutional neglect and abuse.
******************************************************************************
Carol Countryman N., LCSW, LIMHP is a member of the Protection and Advocacy for Individuals with Mental Illness (PAIMI) Advisory Council. She currently works as a Clinical Social Worker providing individual, family and couples counseling at Orr Psychotherapy Resources in Lincoln, NE. She believes in the "it takes a village..." mindset to provide the best outcome for people and is fond of saying she wants to work herself out of a job.