ADA Compliance: Just who are you harming by not making your business accessible? 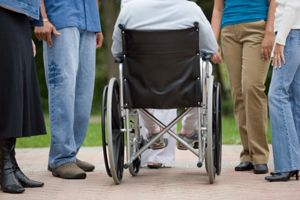 Competition for customers is at the core of the American business model, from major farm equipment to ice cream parlors. For many years the tendency of many businesses has been to view compliance with the Americans with Disabilities Act (ADA) as a burden to be delayed. Indeed, there has been a push in Congress to modify the ADA, which has been in existence for over two decades, to put off making a business or service accessible for even longer. The question needs to be asked, however: Is delaying making a business more accessible to more customers really in the best interests of the business?

The difficulty that exists with respect to putting off any changes that would make a business ADA-compliant is that often people who are seeking not to comply have failed to really look at the impact of non-compliance on the business itself. Normally, business owners might look at the estimated cost of compliance and estimate the loss of business only as the loss of the income resulting from a patron with a disability being unable to access the business or service. (Incidentally, the cost to make a location accessible is often overstated; the average cost incurred by businesses to bring facilities into ADA compliance is approximately $500.00.)

As articulated by the British poet John Donne: “No man is an island, entire of itself; every man is a piece of a continent, a part of the main.” When a business is inaccessible, it does not just impact the individual with the disability. Denying access to a person with a disability means that those who are with the individual have to choose whether to abandon their companion or not visit the place of business. In the vast majority of situations, denying access to one individual will send the entire group elsewhere. Nor is the impact confined to just that situation: people who have chosen an accessible facility to be with their friend are more likely to go to another location, and not to the inaccessible business, simply because they have been exposed to the alternative accessible location. It does not matter how good the food is in a restaurant if people are driven to seek repast elsewhere.