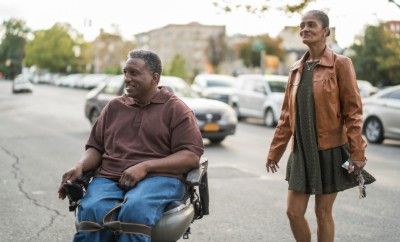 In the complex world of American medicine, more and more we see that prior approval is needed before any major step is taken.  If you want elective surgery, you need to have your doctor clear that action with your insurance company before the cutting begins.  If your doctor puts you on a new (expensive) medication, your insurance company insists that, before the prescription is issued to you, the doctor has explained the reason to the insurance company’s satisfaction.  Fundamentally, this preapproval activity is described as being a “cost containment” effort, to prevent money being spent “unnecessarily.”  Because of the costs involved in obtaining some assistive technology devices, (for example: power wheelchairs, various lift and standing mechanisms), preapproval is frequently needed for those assistive technology systems.

Unfortunately, a new problem has come up around preapproval.  This has to do with situations where multiple insurers are involved.  This sometimes happens because the individual has both a private insurer and a governmental (Medicare/Medicaid) insurer.  More often, however, it happens when the individual has both Federal Medicare coverage and state Medicaid coverage.  The problem is this: even though the various entities tend to use the same language to determine if the assistive technology device in question is a “medical necessity”, the insurers sometimes come up with different conclusions.

This creates difficulties for the person covered by multiple insurers, for a variety of reasons.  First, having multiple insurers means that preapproval generally has to be sought from each insurer.  For the medical professionals who are providing the documentation of the “medical necessity” for the assistive technology device, this may mean competing multiple forms which may not have the same format. And even if the forms are similar, and the meaning of the language is “the same” (e.g., the term “medical necessity” has been held to be identical for Federal Medicare purposes and state Medicaid purposes, but the term can be interpreted differently by private insurers), it is possible to get differing results from the insurers.  This becomes more complicated if you get an “approval” from one insurer which requires action by a specific date and you have not heard back from the other insurer.

For individuals with disabilities who need assistive technology, it’s good to keep in mind several things.  If you follow these strategies, you are more likely to avoid problems.

First, always determine if any of the insurers require preauthorization for the particular assistive technology device you’re trying to acquire. This means that you need to ask all of the applicable insurers you have:  private coverage, Medicare, and/or Medicaid.  Although the rule of thumb that “the more expensive it is the more likely it will require preauthorization” is likely to apply, that is not an absolute certainty.  This “cost is not the only criteria” approach is because the criteria for what requires approval often lags behind advancements in assistive technology, so it is always important determine if preapproval is needed even if the AT is not necessarily expensive. If an insurer indicates that preauthorization is not required, then get that verification in writing from the insurer.  This does not guarantee that the insurance company will not subsequently request preapproval, but it does provide you documentation if you are asked why it was not obtained in advance.  If any insurer requires preauthorization, ask them to provide a written statement of what is required for preauthorization, and to provide any specific forms required for that preauthorization.

Third, once preapproval is made, make sure that you act promptly to obtain the assistive technology device as approved.  Don’t take it upon yourself to alter the “approved” device.  If for some reason the preapproved device is not available (e.g., the unit is no longer available, but a new and “similar” unit is available), make sure that the new and “similar” unit is preapproved).  Do not let the vendor “sell” you any “add-ons” because you can be held responsible for these additional costs unless you secure approval for the “add-ons.”  As such, it is important to know what you want and need even before preauthorization is approved, so that preapproval covers the full scope of the assistive technology being sought.

Finally, if preapproval is denied by any insurer, or if you receive preapproval and then the insurer refuses to pay for the assistive technology device, it is important that you promptly contact Disability Rights Nebraska.  We have a program specifically dedicated to protecting the rights of individuals with disabilities trying to obtain appropriate assistive technology.  We can try to assist in changing a “no” to “yes,” and making sure that “yes” means “yes.”  Obtaining assistive technology can be a task, but knowing the process and seeking assistance where needed does not mean that the task has to be impossible.