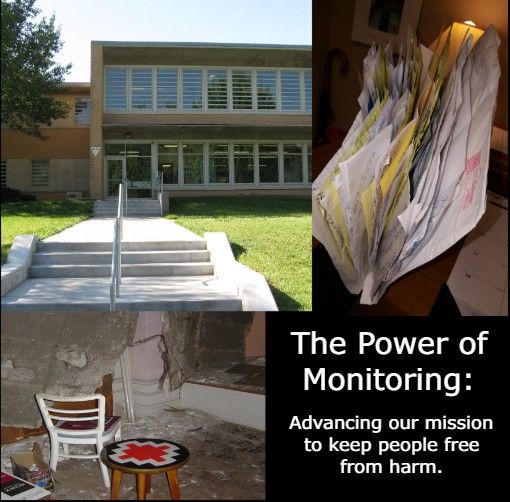 Disability Rights Nebraska sometimes tries not only to right the wrongs that people with disabilities experience, but to change the systems that contributed to the problem.

Our latest example of systemic advocacy is the settlement agreement we recently reached with the State of Nebraska in the U.S. District Court on behalf of our client, Ruth Cecetka. Ms. Cecetka, a patient at the Lincoln Regional Center (LRC), sued the state psychiatric hospital for delaying preventive care (a doctor-ordered mammogram) for more than a year, and then denying radiation treatments after she was diagnosed with breast cancer.

The settlement agreement will provide Ruth with $385,0000 in damages as compensation. Additionally – and maybe more importantly – the agreement calls for changes in operating procedures at LRC. We believe these changes will make it less likely that future patients will be denied preventive services and timely medical care. Changes include:

Though Ruth’s case had a positive outcome both for her and for other people we serve, we won’t rest on our laurels. With a focus on improving the lives of the people with disabilities and the services and supports they utilize, we will continue our monitoring efforts.