Convention on the Rights of Persons with Disabilities

SENATE CHOSE POLITICS OVER MORE THAN 1 BILLION PEOPLE WITH DISABILITIES 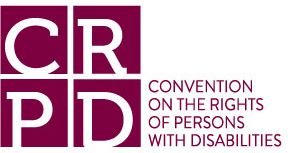 The Disability Treaty is supported by over 800 disability, civil rights, and faith groups, as well as over 20 of the top veterans' service organizations and many major businesses as well as the U.S. Chamber of Commerce. This is because not only would it protect the human rights of millions of people in other countries, it would also open the world to wounded warriors and other Americans with disabilities who wish to work, study, or travel abroad, and level the international playing field for American corporations.

Marca Bristo, retiring President of the United States International Council on Disabilities and long-time leader of the coalition for ratification of CRPD, said: "Unfortunately, the Senate chose to let politics, lies and misinformation rule the day instead of the rights of more than one billion of the world's most impoverished and marginalized populations.  We deeply appreciate those Senators, both Democrat and Republican, who did the right thing and stood with the disability community on this important treaty."

Susan Henderson, Executive Director of the Disability Rights Education and Defense Fund, said: "Ratification of the Disability treaty would have created an opportunity for the United States, which has led the world in recognizing and protecting the rights of persons with disabilities, to provide leadership at the UN in the global fight for the rights of people with disabilities. It is shameful that the Senate is choosing to let this opportunity pass us by."

Howard Rosenblum, CEO of the National Association of the Deaf, said: "Disability rights legislation has always been bipartisan given that disability can and does impact anyone.  We regret that such unity for our human rights has gone missing on Capitol Hill, but are staunchly unified in our conviction for universal rights for all including one billion people with disabilities worldwide."

Mark Riccobono, President of the National Federation of the Blind, said: "The National Federation of the Blind is disappointed with the failure to ratify this common-sense treaty, which would, among other things, protect the rights of Americans with disabilities who are living, working, or studying abroad. We have made great progress for people with disabilities, but there is much more to be done. We hope that the next session of the Senate will act swiftly to continue advancing the rights and dignity of people with disabilities in the United States and throughout the world."

Kelly Buckland, Executive Director of the National Council on Independent Living, said: "Disability rights have always been bipartisan.  It is shameful that a small number of ultra-conservatives could derail what should have been a slam-dunk."

Mark Perriello, President and CEO of the American Association of People with Disabilities, said: "America's leadership on human rights matters.  We will work to ensure that one of the greatest legacies of American democracy-the Americans with Disabilities Act-remains as a beacon of hope for one billion who look to us for that leadership."

Mike Oxford, a member of ADAPT, a national grassroots disability rights organization, said:  "We are profoundly disappointed but we will not give up.  We are still hopeful that the right outcome will prevail in the future.  For the one billion people with disabilities in the world, we cannot give up."

Patricia Morrissey, newly elected President of USICD, said: "Our advocacy for ratification of CRPD is not over.  Our coalition of veterans, parents, private companies, faith communities, and both Republicans and Democrats will not abandon pursuit of ratification. The world expects and needs us to be full partners in realizing a world where disability rights-accessibility, opportunity, freedom, and choice-are practiced, observed, and replicated everywhere. The CRPD is the road map for a more inclusive planet."

The United States signed The Convention on the Rights of Persons with Disabilities (CRPD) in 2009. On December 4, 2012 the United States Senate considered the ratification of the CRPD but fell 5 votes short of the super majority vote required. Nebraska Sen. Ben Nelson voted in favor; Sen. Mike Johanns voted against the treaty.

On December 3, 2014, the U.S. Senate again refused to consider ratification of the treaty.

Sen. Mike Johanns and Sen. Deb Fischer have failed to support the treaty.

They need to know the disability community is disappointed in their failure to support this important treaty to protect the human rights of one billion people with disabilities around the world.

Efforts will continue by the disability community to seek ratification of the treaty.

What is the “Disability Treaty?”
The Disability Treaty (known as the Convention on the Rights of Persons with Disabilities, “CRPD”) is an international treaty that was inspired by U.S. leadership in recognizing the rights of people with disabilities.

Why should the Senate vote for ratification?
The Senate needs to fight for the 57.8 million Americans with disabilities, 5.5 million disabled American veterans, and the 1 billion people with disabilities around the world and vote to ratify the CRPD.

Tweet your Senators to tell them that you support the #DisabilitiesTreaty! Use the hashtag #ISupportCRPD! 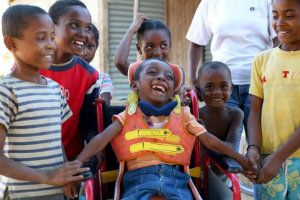 "Thank you" to everyone who took action and voiced their support for global human rights.

This is an educational video presentation on the Convention for the Rights of People with Disabilities.